What happens with the gameplay when you make a 2 dimensional game 3 dimensional. 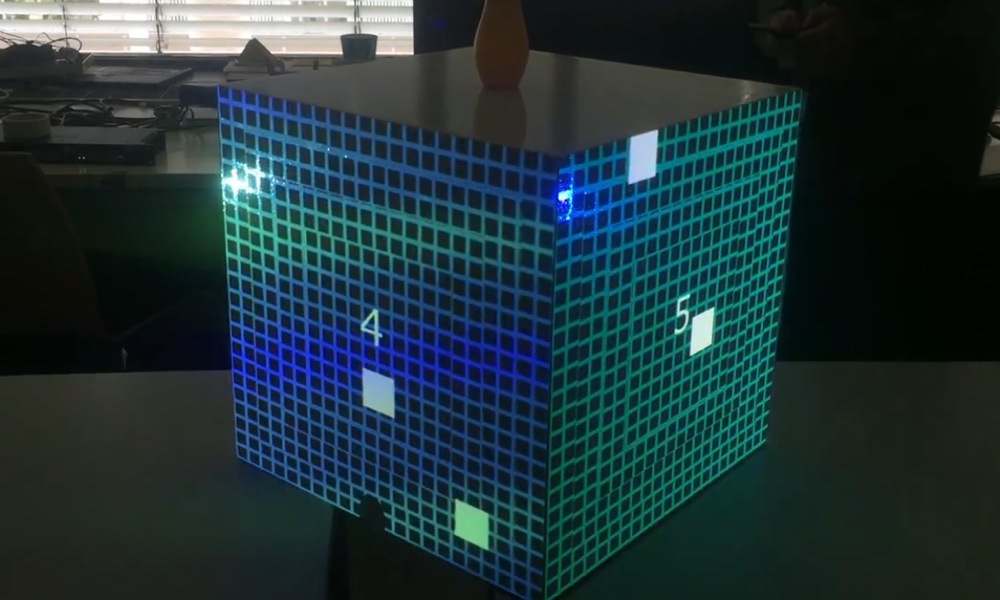 ​​This project explores how the gameplay of a 2 dimensional game can change when putting it in a 3 dimensional environment. The spacecube is an object that is located in the middle of a room, the cube gives the player the possibility to interact with it by playing a game that is projected on the 3D physical cube. By using your phone as a controller you are able to guide a white dot across all the 4 sides of the cube, if the player is capable to move the dot along all the 4 sides than the dot will speed up. The idea behind the SpaceCube is that we combined an old fashioned simple game and gave it new life by putting it in a 3D environment. We used 4 speakers with a pan effect to create a 3 dimensional sound and let the user control the dot by using their smartphone. It was possible to play the game with two players, each player could stand on a different angle and interact with the dot. 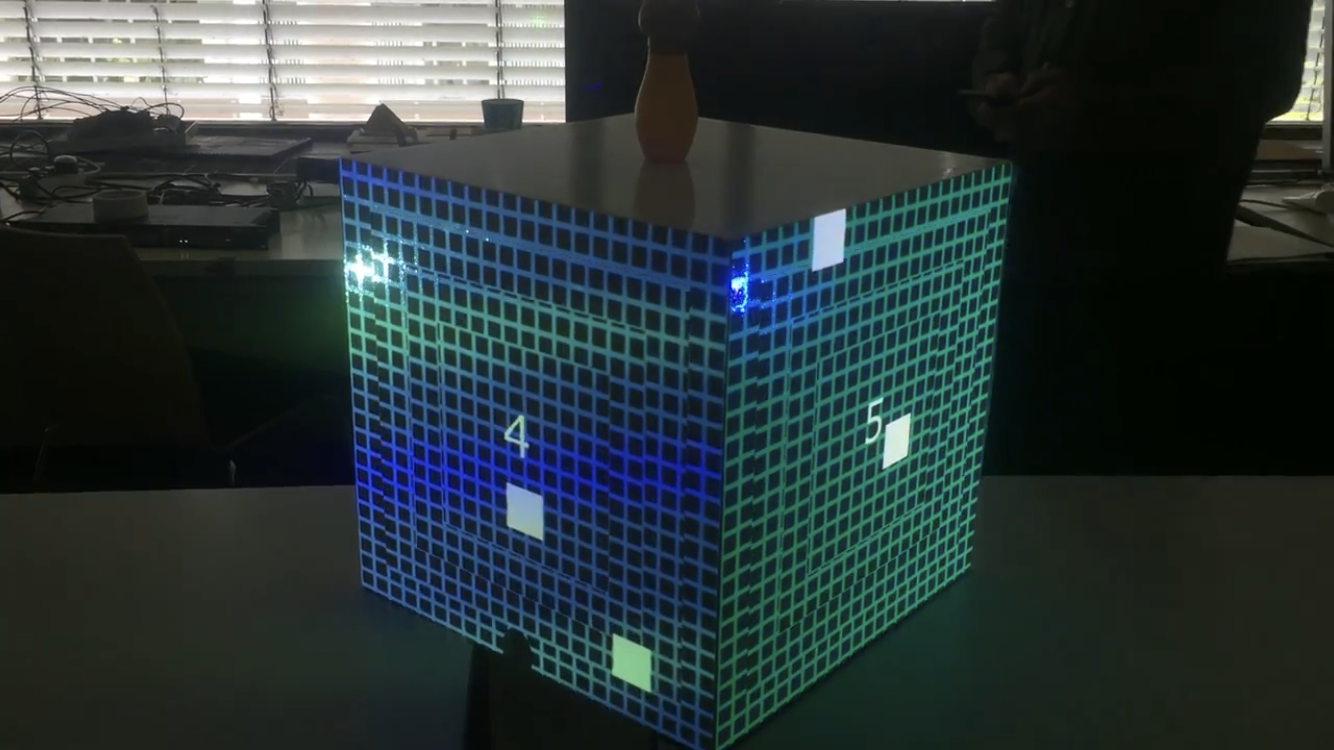